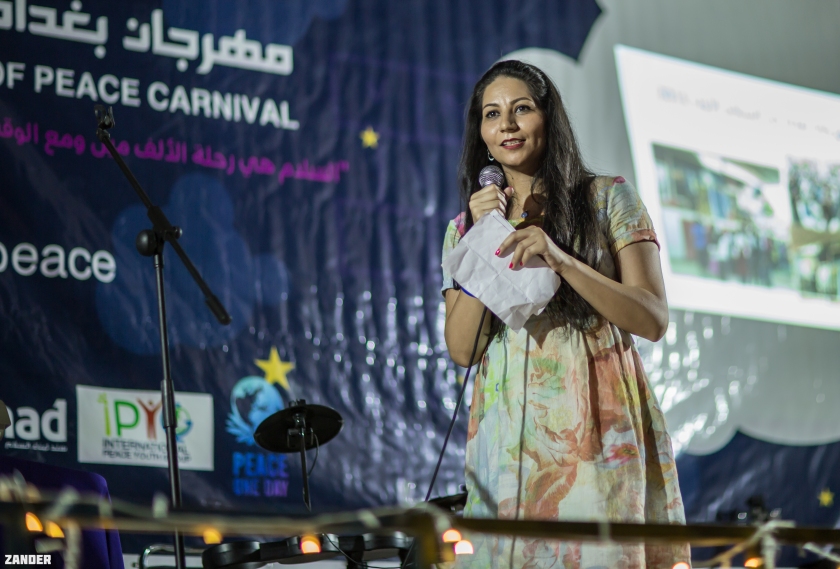 With the arrival of the thirty-second anniversary by which the United Nations have declared amendments on the human rights for living peacefully, which was and still on September 21st from every year around the world.

Iraqi youth group are arranging (Baghdad City Of Peace Carnival 6th ) with very hard work and constant efforts to represent Baghdad as virtually the city of peace, those people believe that the hard work and insistence are the keys for peace .. “Their main goal.”

On Saturday (25 June 2016) they announced that the preparations for this carnival were started, by making a small event which called “Ramadhan’s evening” which was attended by group of volunteers from both genders, supporters and guests. There were variety of paragraphs, entertainments and volunteering work that last for three weeks.

This evening was held at “Burj Babil” to declare our goal for the 6th year since 2011 that Baghdad is “The city of peace “.

From its preparations, arrangements and the team work, this carnival was the most important achievement for the young people of Baghdad in volunteerism. Also this carnival supports many youth volunteering campaigns, now there is (18) youth campaigns involved effectively and positively in this event.

This event based on the volunteering work where many young people try to make their dreams come true!

This carnival held many presentations about the beautiful Baghdadi heritage, and offered a chance for many young talented people through  “Al-Salam stage”, those people kept their hard working and tried to develop themselves generation after another.

Finally, with all love ; we want to thank you all, donors ,participants, and sponsors who were supporting us all these years to make us reach our goal and to continue what we had started.

We announce that we would love to continue this work every year, to declare our love to Baghdad and Peace. And to regain the real name of Baghdad which is “THE CITY OF PEACE”.